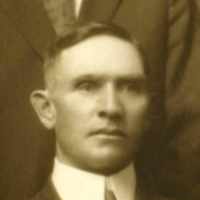 Some characteristic forenames: German Hans, Erwin, Fritz, Heinz, Kurt, Otto, Wolfgang, Franz, Arno, Ernst, Hildegarde, Reinhold.German: from the Middle High German title of nobility herzoge ‘duke’ (Old High German herizoho, from heri ‘army’ + ziohan ‘to lead’, a calque of the Byzantine title stratēlatēs ‘general, commander’, from Greek stratos ‘army’ + elaunein ‘to lead’). The name is unlikely to refer to descent from an actual duke; it is normally an occupational name for the servant of a duke or a nickname for one who put on the airs and graces of a duke. This surname is also found in France (Alsace and Lorraine), Poland, Czechia, and Slovenia (see also 3 below). Compare Hertzog .Jewish (Ashkenazic): artificial name from German Herzog ‘duke’ (see 1 above). Compare Graf and Kaiser .