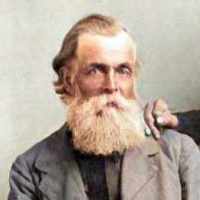 Americanized form of Jewish Blumfeld: artificial compound of Yiddish blum ‘flower’ + feld ‘field’.English (East Anglia): from Blundeville, Norman habitational name from Blonville-sur-Mer in Calvados, France. The first element is probably an Old Norse personal name; the second is Old French ville ‘settlement’. In the 16th and 17th centuries in England, the endings -field and -ville were often used interchangeably; one branch of the Blundeville family continued using the -ville spelling while another chose Blom(e)field or Bloomfield.

JOHN BLOOMFIELD and Elizabeth Ann Barton Ashcroft Bloomfield family I am John Bloomfield. I was born at Bungay Field, Suffolk County, England on 2 May 1831. My grandfather was Richard Bloomfield and …