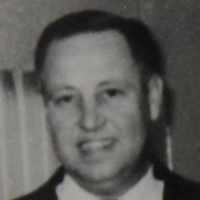 The Life Summary of Charles Leroy

Put your face in a costume from Charles Leroy's homelands.

English (East Midlands and Yorkshire): habitational name from a place in Derbyshire named Brailsford, possibly from an Old English word brægels, a metathesized form of bærgels, itself a byform of byrgels ‘tumulus, barrow’, + ford ‘ford’.