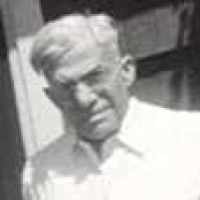 The Life Summary of William Sanford

Put your face in a costume from William Sanford's homelands.

Scottish and English: from the Old Norse personal name Makkr, representing an Old Irish name Mac ‘son’ Latinized as Maccus. It was once thought that Maccus was a form of Magnus , but this is not so.Scottish and Irish: possibly from a shortened form of any of the many Scottish and Irish surnames beginning with Mac- ‘son’, a nickname that occasionally became encoded as a nickname and thence perhaps as a genuine surname, but the evidence for this is thin.North German and Dutch: from the ancient Germanic personal name Macco, Makko, a pet form of a compound name with the first element māg- ‘kinsman’. This surname is also found in France (Alsace and Lorraine). In North America, this surname is also an altered form of the much more common Dutch variant Mak .