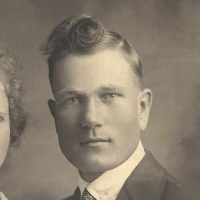 The Life Summary of Ivan

Put your face in a costume from Ivan's homelands.

The following episode from a Magnusson family vacation in 1934 was written twice by Ivan Magnusson, once in his full autobiography and once in a notebook where his wife Cula and he wrote all the event …