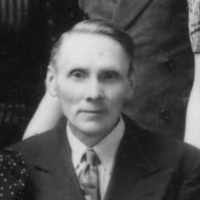 The Life Summary of Joseph N

Put your face in a costume from Joseph N's homelands.

Hazel's memory of life in Grover

My parents, Joseph Anderson and Emma Hepworth, were married in the Salt Lake Temple on October 12, 1910. Joseph and Emma moved into the family home in Grover, Wyoming, and Joseph built a one room log …