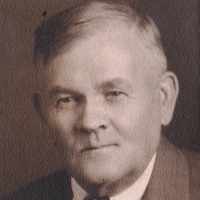 Danish, Norwegian, Dutch, Flemish, and North German: patronymic from the personal name Hans . This is the most common surname in Norway. Compare Hanson 4 and also 2 below.

As she told it to her daughter, Carrie Hanson Davies Dec. 1957 I was born in the town Aelon, Providence of Fyn, Denmark, July 6, 1862, a daughter of Henrick Christiansen and Anna Marie Pedersen. When …

Put your face in a costume from Erasmus Martin's homelands.