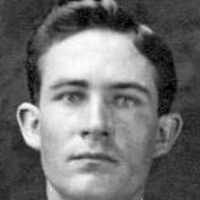 The Life Summary of Meltiar Hatch

Put your face in a costume from Meltiar Hatch's homelands.

LDS Biographical Encyclopedia Barnhurst, Meltiah Hatch, Bishop of the Hatch Ward Panguitch Stake, Utah, from 1924 to 1930+, was born Feb. 24, 1893, in Hatch, a son of Samuel James Barnhurst and Laur …