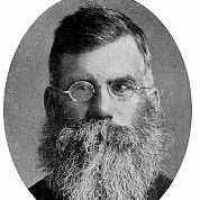 When David Coombs was born on 9 June 1852, in Burslem, Staffordshire, England, United Kingdom, his father, George Coombs Sr., was 37 and his mother, Eliza Astbury, was 39. He had at least 7 sons and 5 daughters with Theresa Billings. He lived in Bridport, Dorset, England, United Kingdom in 1851. He registered for military service in 1923. He died on 24 November 1928, in Logan, Cache, Utah, United States, at the age of 76, and was buried in Logan Cemetery, Logan, Cache, Utah, United States.

Brock the Ox - A Pioneer Story

BROCK, THE OX In the year of 1859, a young ox first saw the light of day in the area around Fountain Green in San Pete County. He was black brindle with a brockled face, and from the brockled f …