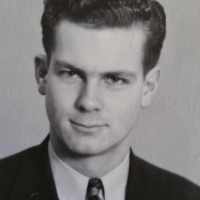 He grew up in Sugar House in Salt Lake City. He was called go to the Switzerland Austrian mission before World War II began. Under the threat of war, the missionaries left Europe through Italy and fin …

Put your face in a costume from Nephi Simeon Hardy's homelands.