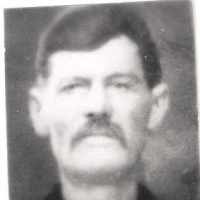 English: variant of Tideswell, a habitational name from Tideswell in Derbyshire, so named from the Old English personal name Tīdi + Old English wella ‘spring’. This form of the surname is rare in Britain and Ireland.

William was the second of fourteen children born to James Harvey Tidwell and Emma Sanders. James and his wife Ana Draper were married in 1881 and later sealed September 10, 1891. They had eleven chi …