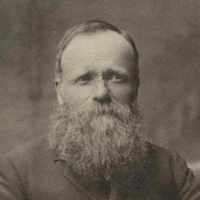 The Life Summary of Robert Stone

Put your face in a costume from Robert Stone's homelands.

English: nickname from Middle English duk(ke), duck, doke, dook ‘duck’ (Old English dūce), either from a perceived resemblance (perhaps a waddling gait) or from association with wild fowling. Compare Duck , Drake .English: from the Middle English personal name Duk or Duke. In northern England this is usually a pet form of Marmaduke. It may alternatively be a survival of one or more Old English personal names, though it is uncertain whether they were still current in the period of surname formation. Old English Ducc(a) is attested in placenames like Duxford (Cambridgeshire) and Duckington (Cheshire), and was perhaps interchangeable with Docc, attested in Doxey (Staffordshire) and Doxford (Northumberland). Duke could also represent Old English Deowuc (as in Deuxhill, Shropshire). A surname from Marmaduke is on record until at least 1881 and derives from the personal name Marmaduke, apparently an Anglo-Norman French pronunciation of Old Irish Maolmaedóc ‘devotee of Maedóc’; see Duckett .Americanized form of Polish Duk: nickname from dukać ‘to stammer or falter’.

Their First Home (Adolphia and Rhoda)

(Taken from pages 18-20 of the book History of Brigham Lawrence Young, written by Eleanor McAllister Hall, published in the year 2000.) ***** Their First …