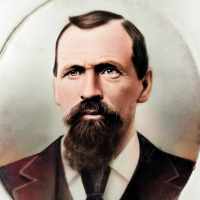 Henry Elmer was the son of Hyrum King and Lucina Elmer. He was born March 7, 1841 at Sand Prairie, Adams County, Illinois. His mother died January 4, 1844 in Iowa, leaving Henry and a six month ol …