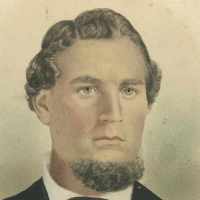 The Life Summary of Niels Lars

When Niels Lars Christensen was born on 19 October 1828, in Hillerød, Frederiksborg, Denmark, his father, Christen Nielsen, was 28 and his mother, Dorthea Christine Richter, was 29. He married Hansine Bernhardine Petrine Hansen on 12 July 1850, in Trinitatis, Copenhagen, Denmark. They were the parents of at least 5 sons and 3 daughters. He lived in Copenhagen, Denmark in 1870 and Manti, Sanpete, Utah, United States in 1880. He died on 7 February 1920, in Redmond, Sevier, Utah, United States, at the age of 91, and was buried in Redmond, Sevier, Utah, United States.

Put your face in a costume from Niels Lars's homelands.