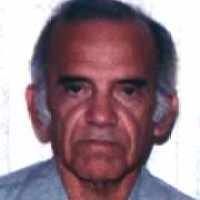 The Life of Miguel Angel

When Miguel Angel Garza Castillo was born on 15 April 1931, in Congregación Garza, Reynosa, Tamaulipas, Mexico, his father, Miguel Garza Gutierrez, was 33 and his mother, Celina Castillo Gómez, was 26. He married Yolanda Pulido Olvera on 29 September 1962. They were the parents of at least 2 sons. He died on 9 July 1999, in Reynosa, Tamaulipas, Mexico, at the age of 68.

Put your face in a costume from Miguel Angel's homelands.

Spanish: from garza ‘heron’, probably applied as a nickname for someone with long legs.

There are no historical documents attached to Miguel Angel.