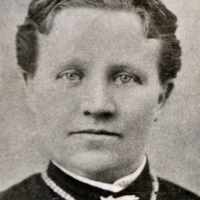 The Life Summary of Hannah Sophia

When Hannah Sophia Johnson was born on 9 April 1849, in Älvsborg, Sweden, her father, Gustaf Johnson, was 27 and her mother, Louisa Eriksson, was 34. She married John James Cummings on 27 February 1865. They were the parents of at least 6 sons and 5 daughters. She died on 3 September 1889, in Heber City, Wasatch, Utah, United States, at the age of 40, and was buried in Heber City, Wasatch, Utah, United States.

Put your face in a costume from Hannah Sophia's homelands.