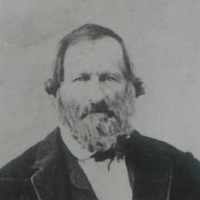 The Life Summary of Joseph Folten

Put your face in a costume from Joseph Folten's homelands.

English: variant of Chamberlain .French: occupational name for an official in charge of the private chambers of his master, from Old French chamberlenc ‘chamberlain’. See also Chamberlain and compare above.

(as prepared by David C. Chamberlin, Sr.) (see bibliographies listed in documents) Joseph Chamberlin apparently displayed his financial acumen at an early age and soon established himself as the busi …