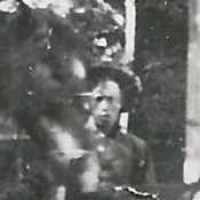 The Life Summary of Edmund Henry

Put your face in a costume from Edmund Henry's homelands.

From an Old English personal name derived from ēad ‘prosperity, riches’ + mund ‘protector’. It was borne by several early royal and saintly figures, including a 9th-century king of East Anglia killed by invading Danes, allegedly for his adherence to Christianity. In the 16th and 17th centuries, there was a good deal of interchange between Edmund and Edward.