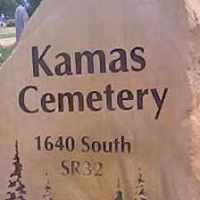 When Mary LeGresley was born on 11 October 1816, in St Ouen, Jersey, her father, Phillip Le Gresley, was 30 and her mother, Judith Marquand, was 11813. She married John Duhamel on 10 July 1841, in St Ouen, Jersey. They were the parents of at least 7 sons and 3 daughters. She immigrated to New Orleans, Orleans, Louisiana, United States in 1851 and lived in St Saviour, Jersey in 1861 and Addington, Restigouche, New Brunswick, Canada in 1881. She died on 18 February 1877, in Kamas, Summit, Utah, United States, at the age of 60, and was buried in Kamas Cemetery, Kamas, Summit, Utah, United States.