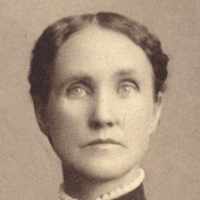 The Life Summary of Jessie Bell

Put your face in a costume from Jessie Bell's homelands.

Scottish (Lanarkshire): habitational name from Stirling (Stirlingshire), earlier Scots Strivilin (or similar), a name of uncertain etymology. It is recorded in the 12th century as Strevelin, and is perhaps from a river name. This surname is also common in northern Ireland (Antrim and Derry).

Yes, I remember Grandma Pack. She was a small woman, with the loveliest blue eyes I have ever seen—eyes always sparkling with good humor and friendliness. Those little black pioneer bonnets, with …