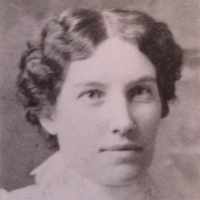 P.T. Barnum's Grand Traveling Museum, Menagerie, Caravan & Hippodrome was established in Delavan, Wisconsin in 1870.
1884 · There is now a Capital Building

The capitol building in Des Moines originally had a budget of $1,500,000 but complications arose because of the need of a redesign. The building was dedicated on January 17, 1884, but it wasn’t completed until 1886. On January 4, 1904, a fire started and swept through the areas that housed the Supreme Court and Iowa House of Representatives. A major restoration was performed and documented, with the addition of electrical lighting, elevators, and a telephone system. By the early 1980s, the sandstone exterior of the Capitol had started deteriorating and prompted the installation of canopies to protect pedestrians from falling rubble. The entire reconstruction process took around 18 years to complete.
1907 · Law Passed for Child Employment

My only memories of her was how crippled she was from arthritis in her old age. I was told that she often would take trips to visit her family in Iowa. She was a good mother but very stern.