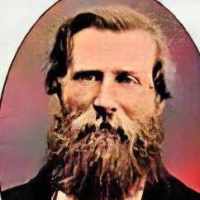 "Also referred to as the Small State Plan, the New Jersey Plan was an important piece of legislation that William Paterson presented during the Constitutional Convention. The plan was created because states with smaller populations were concerned about their representation in the United States government. The New Jersey plan proposed, among other things, that each state would have one equal vote. This was in contrast to the Virginia Plan, which suggested that appointment for Congress should be proportional to state population. The Connecticut Compromise merged the two plans, allowing for two ""houses"" of congress: one with proportional representation, and the other with equal power from each state (as the New Jersey Plan had suggested)."

This is the life story of James Powell and Jemima Wimmer, his wife. It was written by Tyrone Taylor Powell, a great great grandson and was presented at the James Powell Reunion in 1980. The story c …