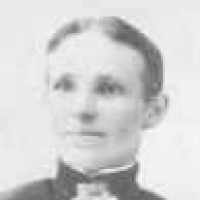 The Life Summary of Rebecca Daniels

Put your face in a costume from Rebecca Daniels's homelands.

Rebecca Brown Wardle, daughter of Richard Daniels Brown and Margaret Parkinson, was born November 30, 1850 in Gorton, Lancashire, England. She was a twin to Thomas Daniels Brown. When she was eight …