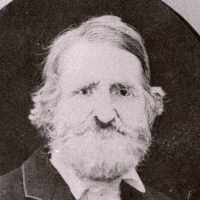 On June 16, 1822, Denmark Vesey a free and self-educated African American leads a slave rebellion called "the rising." The interesting thing about this rebellion is that it does not really happen. The only thing the judges have to go on is the testimony of people that witness it.

The Historical Record, Volumes 5-8, Church Encyclopedia, Book I. edited by Andrew Jenson, Salt Lake City, Utah. 1889. [p.281] “At a council of the First Presidency, the Apostles and other leading m …