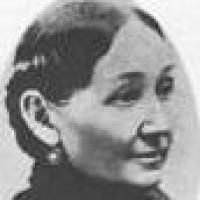 In 1838 a post office was established and the area was named Cumminsville after David Cummins – an early settler who operated a tannery, and may have been the first person born in Cincinnati.