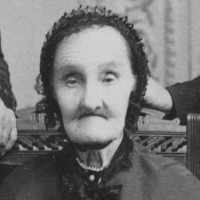 The Life Summary of Judith Woodby

Put your face in a costume from Judith Woodby's homelands.

English (northern England and London), Scottish, and French: from Middle English, Old French temple ‘temple’ (from Latin templum), denoting a religious house or manorial estate of the Knights Templar. The surname may be a metonymic occupational name for someone who lived or worked at such an establishment, or a habitational name from a place so named, such as Temple in Cornwall (Midlothian). The Knights Templar were a crusading order, so named because they claimed to occupy in Jerusalem the site of the old temple. The order was founded in 1118 and flourished for 200 years, but was suppressed as heretical in 1312.English: nickname given to foundlings baptized at the Temple Church, London, so called because it was originally built on land belonging to the Templars.Americanized form of North German or Dutch Tempel 1.