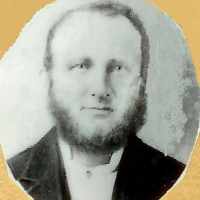 The Life Summary of Niels Lauridsen

When Niels Lauridsen Lund I was born on 24 February 1841, in Seest, Anst, Ribe, Denmark, his father, Laurids “Lars” Nielsen Lund, was 34 and his mother, Frederikke Jensen, was 27. He married Johanne Catherine Christensen from January 1867 to December 1867, in Thisted, Denmark. They were the parents of at least 4 sons and 5 daughters. He lived in Ribe, Denmark in 1870. He died on 18 March 1896, in Mount Pleasant, Sanpete, Utah, United States, at the age of 55, and was buried in Mount Pleasant City Cemetery, Mount Pleasant, Sanpete, Utah, United States.

Put your face in a costume from Niels Lauridsen's homelands.

The Conversion of the Laurids Nielsen Lund Family

The Conversion of the Family of Laurids Nielsen and Frederikke Jensen LUND As recorded in the Journal of their son, Christian Nielsen Lund While the members of our family were quietly pursuing their …