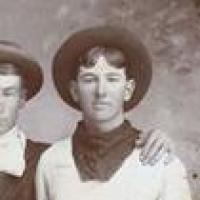 The Life Summary of Cyrus Alma

Put your face in a costume from Cyrus Alma's homelands.

CYRUS SNELL -, Eaton, Carroll, New Hampshire. Just how he met Rhoda Barnes, a native of Sackville, New Brunswick, Canada has not been determined, but they were probably married when she was 17 years o …