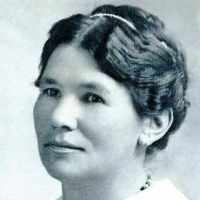 The Life Summary of Rachel Ann

Put your face in a costume from Rachel Ann's homelands.

Rachel Ann Baum was born 18 March 1850 at Winter Quarters, Douglas, Nebraska to John Christian and Hannah Chrisman Baum. She was the youngest of ten children, seven girls and three boys. Her …