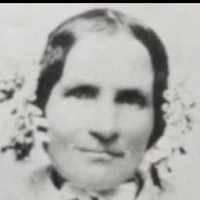 When Esther Horton was born on 18 November 1801, in Darlaston, West Midlands, England, United Kingdom, her father, Butler Horton, was 29 and her mother, Elizabeth Meek, was 30. She married William Delahay on 18 April 1824, in Wolverhampton, West Midlands, England, United Kingdom. They were the parents of at least 6 sons and 4 daughters. She lived in St. Louis, St. Louis, Missouri, United States in 1860. She died in 1881, in Nephi, Juab, Utah, United States, at the age of 80.