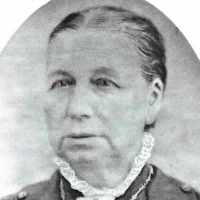 The Life Summary of Alice Greaves

Put your face in a costume from Alice Greaves's homelands.

English (Lancashire): topographic name for someone who lived near a wood or wooded hill, from Middle English hirst(e), herst(e), hurst(e) (Old English hyrst) or a habitational name from any of the places so called, such as Hurst Green (in Mitton, Lancashire), Hirst (Northumberland), Hurst (Berkshire, Kent, Warwickshire), Hurstpierpoint (Sussex), or Hirst in Longwood (Yorkshire).Irish: re-Anglicized form of de Horsaigh, the Gaelicized form of the English habitational name Horsey , established in Ireland since the 13th century.German and Swiss German (also Hürst): topographic name from Middle High German hurst ‘woodland, thicket’; or a habitational name from a place so named in Westphalia.