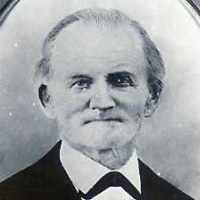 The Life Summary of Peter Wilson

Put your face in a costume from Peter Wilson's homelands.

Peter Wilson Conover was of Dutch descent. His great-grandfather came to America in the days of William Penn. He was the son of Peter and Hannah Combs Conover, and was born near Princeton Woodford C …