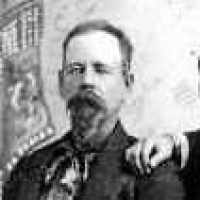 The Life Summary of Joseph Lee

Put your face in a costume from Joseph Lee's homelands.

Joshua was a polygamist and had four wives. He married Sally Ann Bybee first and they had nine children: Marvin Hall (1835-1913) Joseph Lee Hall (1837-1896) who married Emiline Richardson Absalom Atk …