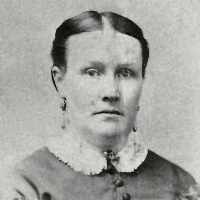 Inscription: "There is Rest in Heaven"