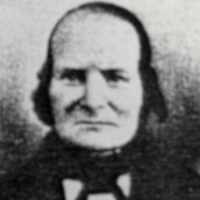 The Life Summary of James Sawyer

Put your face in a costume from James Sawyer's homelands.

English (southern): topographic name for a ‘dweller in a hollow’, from hol + man (Old English holh + mann). Compare Holler and Hole .Dutch: habitational name for someone from any of several locations named Hol, from Dutch hol ‘hollow’, or from Middle Dutch hole, heule ‘(low) arched bridge, weir’.Dutch: from a pet form, formed with man ‘man’, of the personal name Holle, from an ancient Germanic compound name with the element hold ‘loyalty’, for instance Holdert, Hollebrand, Holger and Holmer. Compare Holleman .