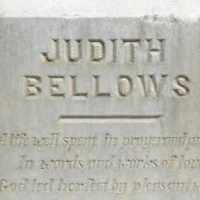 The Life Summary of Judith Abigail

Put your face in a costume from Judith Abigail's homelands.

(This is the transcript of a sixteen page handwritten letter written by Mary Adelphia Bellows Larson, giving an account of the persecution and death of her father, James Bellows by the hands of a mob. …