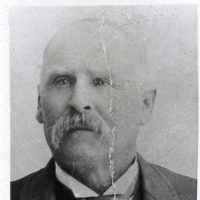 The Life Summary of Hans Frederik

Put your face in a costume from Hans Frederik's homelands.

1852: "Eli B. Kelsey Company" Birthe Sophie Hansen and brother Hans Frederik Hansen are in this company.

Transcript Transcript for "Autobiography of Our Dear Grandmother Mrs. Augusta Dorius Stevens: From this city [New Orleans] we completed the balance of our river journey by steamboat to the city of Ka …