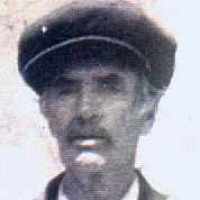 Put your face in a costume from Amos Libby's homelands.

Yellowstone National Park was given the title of the first national park by the U.S. Congress and signed into law by President Ulysses S. Grant. It is also believed to be the first national park in the world.
1 English: occupational name for a transporter of goods, Middle English cartere, from an agent derivative of Middle English cart(e) or from Anglo-Norman French car(e)tier, a derivative of Old French caret ( see Cartier ). The Old French word coalesced with the earlier Middle English word cart(e) ‘cart’, which is from either Old Norse kartr or Old English cræt, both of which, like the Late Latin word, were probably originally derived from Celtic.2 Northern Irish: reduced form of McCarter .

Amous Libby Carter was born in Lima Illinois, October 30, 1849. He was son of John Harrison and Sophia Sweat Carter. He came with his parents in the early 50s' and settled first in Provo and moved t …