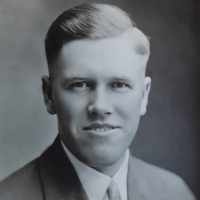 The Life Summary of Raeburn Ezra

Put your face in a costume from Raeburn Ezra's homelands.

Some characteristic forenames: German Kurt, Otto, Erwin, Bernhard, Hans, Klaus, Lorenz, Alois, Armin, Arno, Dieter, Fritz.German: from Middle High German bischof, Middle Low German bischop ‘bishop’, probably applied as a nickname for someone with a pompous manner or as a metonymic occupational name for someone in the service of a bishop. See also Bishop .