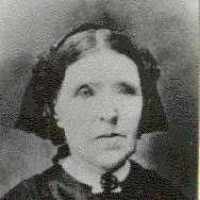 The Life Summary of Sarah Freeland

When Sarah Freeland Barker was born on 14 October 1815, in Carlisle, Cumberland, England, United Kingdom, her father, John Barker, was 42 and her mother, Margaret Freeland, was 36. She married John Irwin Forsyth on 29 March 1841, in Carlisle, Cumberland, England, United Kingdom. They were the parents of at least 1 son and 5 daughters. She lived in Manayunk, Philadelphia, Pennsylvania, United States in 1850 and Norritonville, East Norriton Township, Montgomery, Pennsylvania, United States in 1860. She died on 27 March 1885, in Tooele, Utah, United States, at the age of 69, and was buried in Provo City Cemetery, Provo, Utah, Utah, United States.

Put your face in a costume from Sarah Freeland's homelands.

By Mary E. Forsyth (a daughter) Sarah Barker was born 14 October 1815 in Glasgow, Lanark, Scotland. She was the daughter of John Barker and Margaret Freeland. In her childhood days, she worked in t …