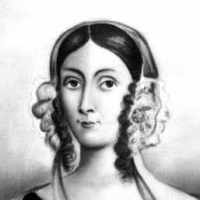 When Hannah Riden was born on 23 March 1784, in Lympsham, Somerset, England, United Kingdom, her father, George Riden II, was 27 and her mother, Sarah Poole, was 20. She married Isaac Bowering on 22 January 1812, in Newport, Monmouthshire, Wales, United Kingdom. They were the parents of at least 1 son and 4 daughters. She lived in Llandaff, Glamorgan, Wales, United Kingdom in 1851. She died on 15 March 1858, in Kaysville, Davis, Utah, United States, at the age of 73, and was buried in Salt Lake City Cemetery, Salt Lake City, Salt Lake, Utah, United States.