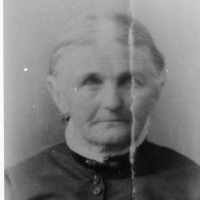 The Life Summary of Maria Emeline

Put your face in a costume from Maria Emeline's homelands.

Hugh Moon [spelled as "Hue" throughout Shirley's notes] came from England and Maria Mott Moon Canada. Met in Canada. They were married there and joined the L.D.S. church and came to Utah with the [W …