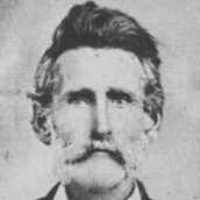 Irish: Anglicized form of Gaelic Ó Ceallaigh, or, in some areas, Mac Ceallaigh ‘descendant (or son) of Ceallach’, an ancient Irish personal name, originally a byname meaning ‘bright-headed’, later understood as ‘frequenting churches’ (Irish ceall). There are several early Irish saints who bore this name. Kelly is now the most common of all surnames in Ireland.

Scottish: habitational name from either the lands of Kelly, near Arbroath (Angus), Kellie in Carnbee (Fife), or Kelly in Methlick (Aberdeenshire). Each of these placenames is from Pictish celli or Gaelic coille ‘wood’ + the placename forming suffix -in. Alternatively, from the lands of Kelloe in the barony of Hume (Berwickshire), whose name is of uncertain origin.