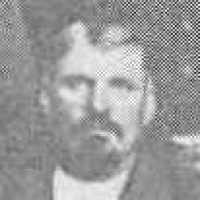 The Life Summary of Adam

In 1866 Martha Parker took her namesake, Martha (daughter of John D.), to visit Adam and Eunice …