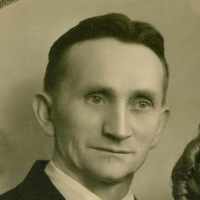 The Life Summary of Meeuwis

Put your face in a costume from Meeuwis's homelands.

I remember when some people used to come with some sheep on dad’s property all the time. Dad was a little man. Where sheep had grazed cows will not graze. Because the water and spring was on Dad's p …