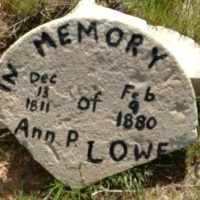 The Life Summary of Ann Hannam

Put your face in a costume from Ann Hannam's homelands.

English: from a short form of the Middle English personal name Peres, Peris (from Old French Pierre; see Pearce ) + the diminutive suffixes -et, -ot.English: habitational name from North Perrott in Somerset or South Perrott in Dorset (both named from the River Parret on which they stand, the etymology of which name is uncertain).Altered form of French Parrot or of its variant Parot or of some other similar (like-sounding) surname, reflecting the Canadian and American French practice of sounding the final -t.