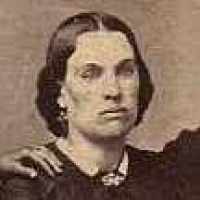 Put your face in a costume from Mary Ann Shepherd's homelands.

English (of Dutch origin): from the personal name Die(de)rik, a Dutch and Low German form of the ancient Germanic name Theodoric (see Terry ), composed of the elements theud ‘people, race’ + rīc ‘power(ful), rich’.Americanized form of any of several Flemish, German, and Dutch surnames based on the personal name Diederik (see 1 above), such as Derck , Derick , Derk , and Derek .