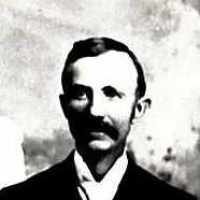 The Life Summary of Lauritz Nielsen

When Lauritz Nielsen Garff was born on 13 January 1853, in Eskebjerg, Ugerløse, Holbæk, Denmark, his father, Niels Jørgensen Garff, was 41 and his mother, Marie Jacobsen, was 32. He married Amelia Singleton Bromley on 25 June 1890. They were the parents of at least 2 sons and 3 daughters. He lived in Bregninge, Skippinge, Holbæk, Denmark in 1855. He died on 21 July 1902, in Lehi, Utah, Utah, United States, at the age of 49, and was buried in Lehi, Utah, Utah, United States.

Put your face in a costume from Lauritz Nielsen's homelands.

Triumph of Plan of Ayutla under leadership of Benito Juárez.

Treasure under the floorboards

Copied here from a note assoicated with Peter N Garff, In a book of history about Lehi Utah we found this story about the Garff family. The parents of Louis Garff (brother to Peter Garff) had falle …