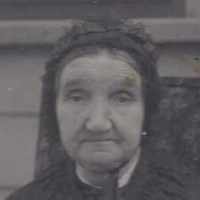 English (of Norman origin): from the Old French personal name Gervais(e), itself from ancient Germanic Gervas, with gair ‘spear’ as the first element and an uncertain second, perhaps a borrowing of Celtic wass- ‘servant, vassal’. The Latinized name Gervasius was borne by a Christian saint, martyred under the Roman Emperor Domitian, who became one of the patrons of Milan.English: in Yorkshire, sometimes a habitational name from Jervaulx in East Witton (North Yorkshire). The place takes its name from the river Ure + Old French val, vals ‘valley’.Americanized form of French Gervais and of its variant Gervaise, cognates of 1 above.

From the section about St. George "President Snow called a mass meeting to inventory the supplies on hand. James Bleak recorded the condition of each family... The widow of Lewis Robbins headed a fami …