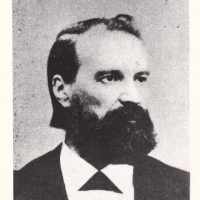 The Life Summary of Andrew Nevin

Put your face in a costume from Andrew Nevin's homelands.

"From Dundee to Utah" By Andrew Nevin MacFarlane

The following extracts are taken from a letter written by Mr. A. N. Macfarlane, who left Dundee with is family in June this year for the Mormon settlement at Salt Lake. The letter is dated Salt Lake C …